The First Volunteers and the Transport Companies (RASC)

By the end of the Second World War, 35.000 Jews from Palestine, then under British Mandate, served in the British army as volunteers. The most well known was the Jewish Brigade Group. In the early days of the war the volunteers joined the Auxiliary Military Pioneer Corps (AMPC), and the Royal Army Medical Corps (RAMC). A mixed Jewish -Arab company took part in the Campaign of France in 1940. Between 1940 and 1941, the Jewish Pioneers was sent to Greece as part of the British Expeditionary Force. During the disastrous retreat as many as 1670 fall prisoners.

However the brunt of the war effort was taken up by the various transport companies of the Royal Army Service Corps (RASC). These units served first in the Western Desert, and then in Italy. From the beginning the transport units, called in Hebrew Yael (Acronym of Yechidoth Yvrioth leHuvala), were all Jewish units. Often these units sported on their trucks Jewish symbols. The contribution of the RASC Jewish companies to the victory in the Western Desert was so important that the 178th M.T. Coy took part in the military parade held at Tripoli to celebrate the victory. By the beginning of 1943 RASC were serving everywhere in the Middle East. Various RASC companies served in Italy. Hence in September 1943 four Jewish companies of the RASC, the 179th M.T. Coy, the 462th M.T. Coy, the 450th M.T. Coy, the 148th W.T. took part in the landing at Salerno. The 178th G.T. Coy and the 468th G.T. Coy followed the British Eight Army in the liberation of the harbors of Bari and Taranto, and then in the dramatic Battle of Monte Cassino. The 650 G.T. Coy found itself entangled at Anzio and later on took part in the liberation of Rome.

Meanwhile, the British Army called on volunteers for the artillery, the Royal Artillery (RA), the Engineers, Royal Engineers (RA) and the women Auxiliary Territorial Service (ATS) and WAAF. Pilots from the Land of Israel served with the RAF far away in Burma in the Far East. Jewish sailors served also in the Royal Navy (RN). Besides, in the Land of Israel, 15.000 more volunteered to serve in the Jewish Settlement Police.

In 1940 Jewish volunteers were permitted to enlist in Jewish companies attached to the 3rd East Kent Infantry Regiment (the “Buffs”), and 15 such companies came into being. In 1942–43 these companies were formed into three infantry battalions of a newly established “Palestine Regiment”; the battalions, whose men had previously served only in Palestine, were moved to Cyrenaica and Egypt, but they continued to be engaged primarily in guard duties. The Jewish soldiers stepped up their demands for participation in the fighting and for the right to display the Jewish flag.

The 3rd of July 1944, the British government under the leadership of Winston Churchill, agreed to the establishment of a “reinforced brigade” which would be fully trained and then join the troops at the front in Italy. The Jewish Brigade Group was formed the 20 of September 1944. Brigadier General Ernest Frank Benjamin, a Canadian Jew with an impressive service in the British Army was chosen as its commander. The Jewish Brigade had its own emblem, a gold Magen David on a background of blue-white-blue stripes and bearing the inscription Chail, the acronym in Hebrew of “Hativath Ivrith Lochemeth” or Jewish Brigade Group.” The brigade was composed of the three infantry battalions of the “Palestine Regiment,” the 200th field artillery regiment, RA and various other service and auxiliary units made up of the Palestine Jewish units, such as the 643th Coy RE, and the 178th Coy, RASC. The total strength of the brigade was approximately 5,000.

After a period of training in Egypt, at Burg El Arab, the brigade was moved to Italy at the beginning of November 1944. The Jewish Brigade Group landed at Taranto and from there they proceeded to Fiuggi, where all the units were given to intensive training. Only in February 1945, the unit was deemed ready and transferred to the front in the area of Alfonsine. There the Jewish Brigade Group joined the 8th Indian Division, a veteran formation. The German units which faced the Jewish Brigade Group were first rate: on the left stood the 362th Infantry Division, and on the right stood the 40th Jaeger Division. For thirty days, from the end of February till the end of March, the Jewish Brigade Group withstood the baptism of fire. The 25 March 1945, the Jewish Brigade Group was transferred to another sector of the front, on the Senio River, under the command of the 10th Army Corps. In front of the Brigade stood a hard nut to crack, one of the elite units of the German Army in Italy, the 11th and 12th Regiments of the 4th Fallschirmjäger Division. Moshe Sharett came in visit to the Brigade, and so the actress Hana Robina of the Habima National Theatre to lift the morale. Then, the 7th of April, the Military Chaplain Caspar celebrated Passover. From the beginning the Jewish Brigade Group coped successfully with the German Paratroopers. Although terrorized by what the “despised Jude” could do to them, more than once the German paratrooper surrendered to the Jewish Brigade Group soldiers. In the course of further operations, the three infantry battalions crossed the Senio on April 9, establishing a bridgehead which they broadened the following day. The War was terminated for the Jewish Brigade Group. However the price was heavy: the brigade’s casualties consisted of 30 killed and 70 wounded; 21 of its men were awarded military distinctions and 78 were mentioned in dispatches.

"The Jewish Brigade in Italy" exhibition

The first historical exhibition exclusively dedicated to the effort of the Jewish volunteers from Palestine in the Italian Campaign (WW2). 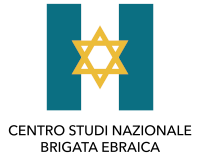